Time is Precious: The Retired Landlady Takes Charge of Her Investments 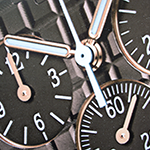 * The transaction costs changed her equity slightly.
** Depreciation allows owners to deduct for the wear and tear on their buildings. It is a non-cash expense which reduces taxable income. The tax calculations are best done by a tax advisor. Generally when one buys a property with greater value there are more tax benefits, deductions, available.

In summary, Mabel was able to achieve all her objectives. She saved her investment from a declining area, she avoided paying capital gains taxes, she got out of management and increased her cash flow. She showed that she owned her investments; they did not own her. She is able to use her time and energy in ways that matter most to her.