Making the Most of Their Investment 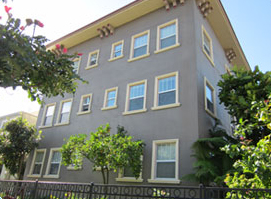 When Josh and Ruth bought their first rental house 20 years ago, their goal was to provide for their family and to give their two children college educations. Now with their children grown and graduated from college, Josh and Ruth’s priorities and investment needs have changed.
The Problem
Josh and Ruth each have one living parent who may need help with health, medical or nursing care costs in the next 10-15 years. At the same time, Josh and Ruth are concerned about their own retirement. They have never made more than $40,000 a year, their income is shrinking, and their retirement funds are inadequate.
They need to be able to support their parents if necessary and to support themselves during their retirement. In addition, they would like to travel while they are still young and energetic enough to enjoy it.
Their Assets
Josh and Ruth have a net worth of $400,000 with low debt and $10,000 in cash, stocks and bonds. Most importantly, they are their greatest asset. They have good people skills and Josh can repair almost anything.
Alternatives, Benefits and Disadvantages
With their sights set on retirement, Josh and Ruth did not want to make career changes just to earn more money. They also did not wish to sell property to earn enough money to pay their taxes and pay off the remaining mortgages. Based on these limitations, their two choices were to maintain their existing properties or to move more of their equity from rental houses into apartments.
$500,000 in apartments can generate up to 50 percent more rent than $500,000 in rental houses. Moving equity into apartments met Josh and Ruth’s goal to increase income.
However, this investment was not an easy answer. They still had to address the value of their existing properties, their ability to obtain financing, and how the investment would affect their life’s priorities.
All of their properties were worth more two or three years ago than today, so at first, selling just did not make sense. However, while the value of houses has dropped by 15 to 25 percent, the value of apartments have temporarily dropped by 20 to 50 percent because of the current shortage of apartment buyers. Soon Josh and Ruth realized that taking a loss on one of their rental houses made sense because it helped them gain more value in apartments.
Josh and Ruth had been refused financing in the past and were worried that they would be turned down again. What they learned, though, was that the lending rules for loans on 1-4 unit buildings are different from the rules on 5 or more unit buildings. 1-4 unit building loans are based on borrower’s income and debt ratios. With 5 or more unit building loans, the emphasis is on the property’s income, not the borrower’s.
In addition, they had chosen to purchase a foreclosure because cash flow was important and because they could buy the property at the greatest possible discount. In general, lenders are even more flexible when financing foreclosures.
Finally, Josh and Ruth were concerned about how this investment would affect them personally. Ruth worried that Josh would be tied even closer to the properties when they were looking forward to relaxing and enjoying their retirement. After examining the situation, they realized that apartments would generate more cash flow and would allow them to buy new appliances and equipment that would need fewer repairs.
The Solution
Josh and Ruth sold one of their rental houses for its current market value in 60 days. Rather than listing the property and testing the market, they realized that this opportunity would not last and sold their property promptly. They moved their equity into a foreclosed apartment building and hired a part-time maintenance person who is maintaining the apartments and their rental houses.
With the success they have seen with this investment, Josh and Ruth are thinking about selling another rental house and buying even more apartments!
Author: Terry Moore, CCIM