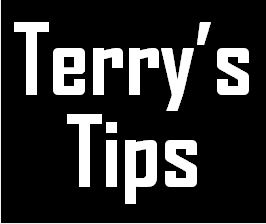 The median age of apartments in this county is 1973. Properties built since 1980 are in the youngest third of the construction. Zoning and slow growth policies have combined to restrict apartment generation for more than 30 years. In Dallas and other western cities 40 year structures are demolished and new product replaces them. In contrast, San Diego has down zoned most apartment parcels. A nine unit building in North Park won’t be demolished because only a five unit would be allowed. San Diego demands more parking. In effect that means that most of our 11k largest parcels will not be redeveloped.
So is this aging housing stock an opportunity?
Revive and update what exists. In many zip codes one can buy apartments from $100k to $140k per unit. Rents on 1970 product are fair, given the condition. Often it is possible to invest another $10k per apartment in way that will boost rent 20%. For example, the market pays 11 times the annual rents for North Park. A building that brings in $100k annually sells for $1.1m. Easy renovations of $100k can boost income to $120k. Property value has been increased to $1320k, 11 * $120k. In effect the $100k of upgrades can create more than $200 of extra value.
What kind of upgrades? Simple ones: exterior paint, over with a main color and two accents, stainless steel sinks & appliances, new faucets, fixtures, ceiling fans, towel bars, knobs and drawer pulls that all match, say brushed nickel, upgrades flooring and window coverings, accent wall for living room, baseboards and maybe crown molding. In other words, one does not have to rip out all the kitchen and bathrooms and install new granite counter top.

Such wise improvements enable you to harvest to best residents in the census tract. Collection and credit problems typically shrink.
None of this is rocket science. A superb property manager and a wise broker can help you find and exploit such opportunities. By the way there are thousands of buildings that are still near original condition. It is easy if you know what your target is. Over the last generation, I have been fortunate to serve more than 100 families who became millionaires with such strategies.
This is one of the best strategies I know to create value.
What is your best idea? Contact me.